Trace, a global platform dedicated to afro-urban cultures and youth empowerment, has just launched a new original creation which will decrypt the afro-urban trends, put the spotlight on talents from different origins and empower the new generations. 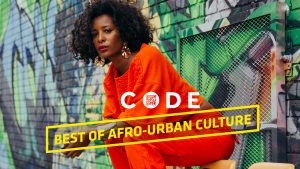 Trace’s history goes back to 2003 when French-Caribbean entrepreneur Olivier Laouchez and his partners acquired MCM Africa channel and the Trace brand and magazine. Trace decided then to become the “house of Afro-urban cultures” with a localised approach allowing them to seize and express their diversity. Since 2003, Trace has launched 26 TV channels in France, the Caribbean, the Indian Ocean, Sub Saharan Africa, the United Kingdom and Brazil. Those channels address today more than 300 million people in 180 countries and are almost the leader on their musical segment.

“Today, TRACE wants to offer programs that promote diversity and inclusion. We want to put the spotlight on the success stories of artists, creators and entrepreneurs in order to make talents from all over the world shine, and to inspire youth” declares Olivier Laouchez, co founder and CEO of Trace

This show is the new flagship empowerment show of Trace. It introduces new afro-urban trends around the world. Hosted by Ninka Mbaye, the show decrypts the latest news from music, culture, beauty, fashion, dance, art and food trends. It puts a spotlight on inspiring people making an impact in urban culture across the world.

The 16-minute magazine show will be broadcasted on more than 10 channels of the group around the world. CODE episodes will be broadcast from 5 November, every Friday and rerun five times a week.

The audience will have the opportunity to interact during the show, thanks to the QR code of the logo that they will scan directly on the screen. They will have access to all episodes on the streaming platform Trace+.

Stand Up ‘N Shine: Empowerment is the Heart of Trace